Carceral Landscapes (front cover) / Close the Bastard Down! (back cover)

Peter Collins was a writer, artist, musician, cartoonist, activist, filmmaker, organizer and prisoners' rights advocate. Peter was a social critic who offered thoughtful insights about the structures of violence inherent in the world around us. His tireless commitment to social justice from inside prison made him a target of harassment by the Correctional Service of Canada (CSC), which ultimately prevented his release. Peter passed away on 13 August 2015 of bladder cancer after having served 32 years on a Life-25 prison sentence. He was 10 years past his parole eligibility dates. 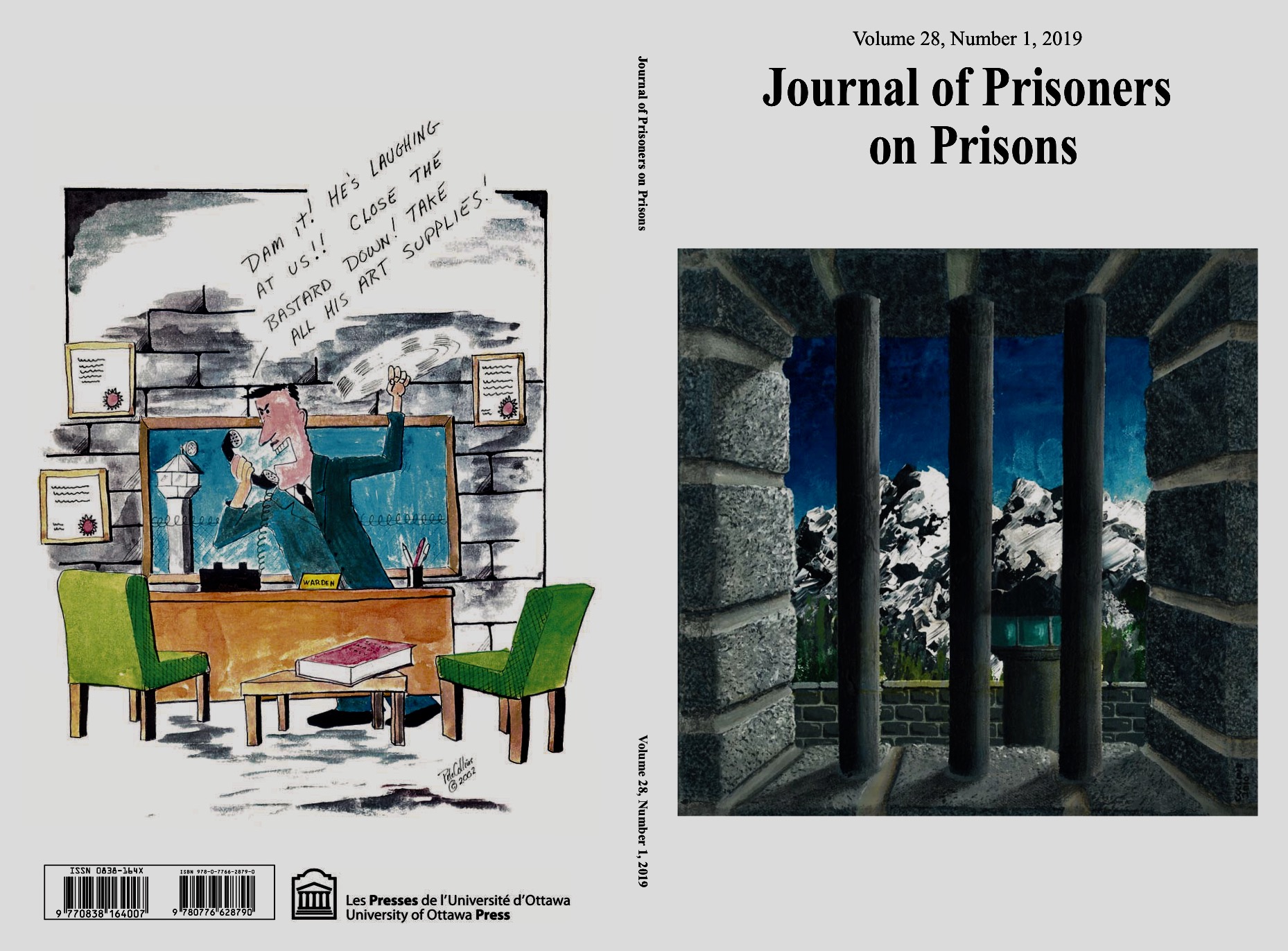